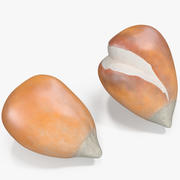 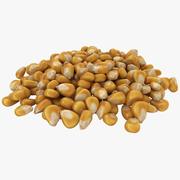 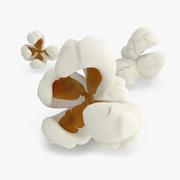 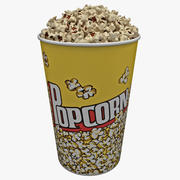 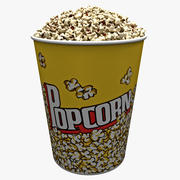 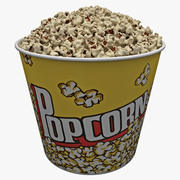 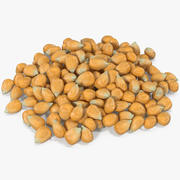 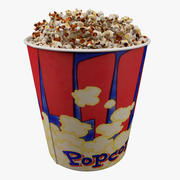 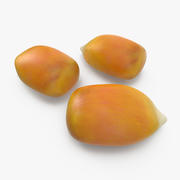 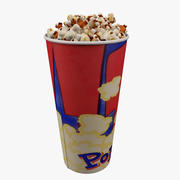 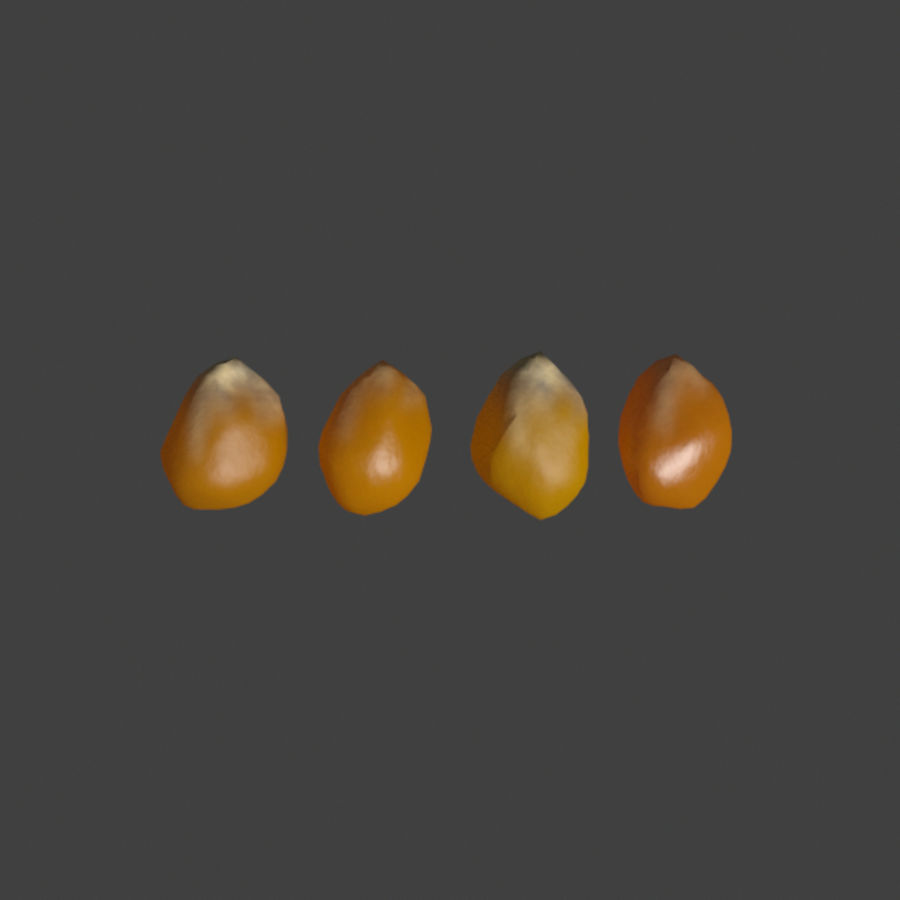 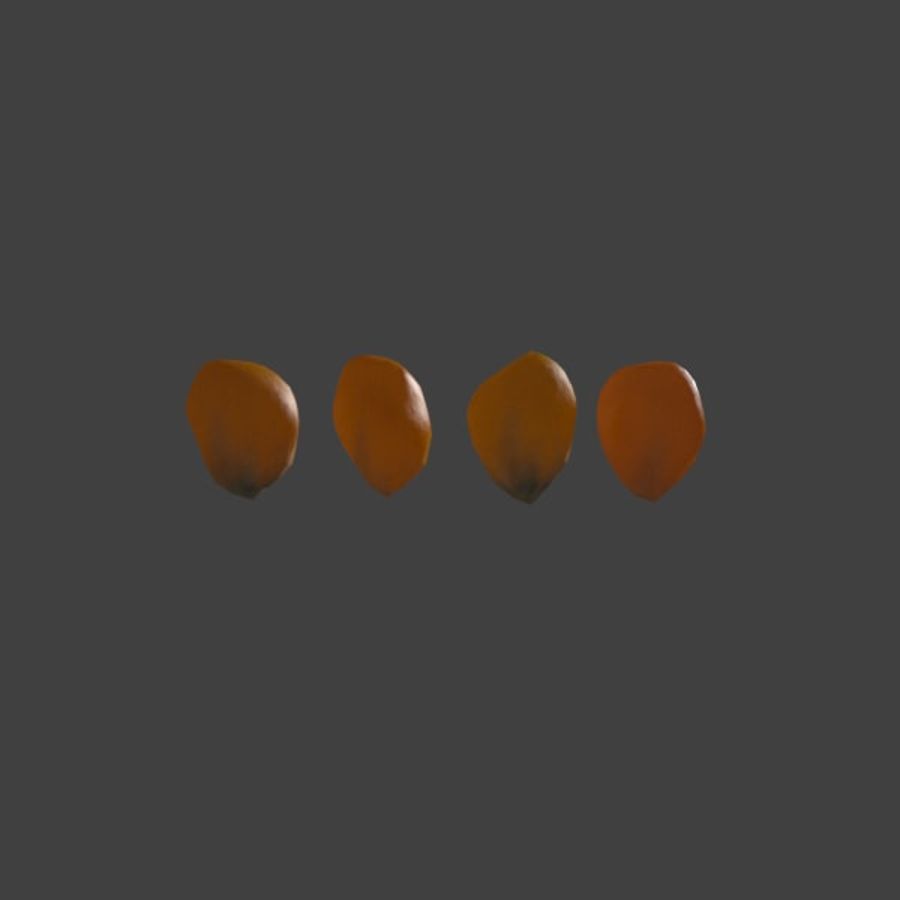 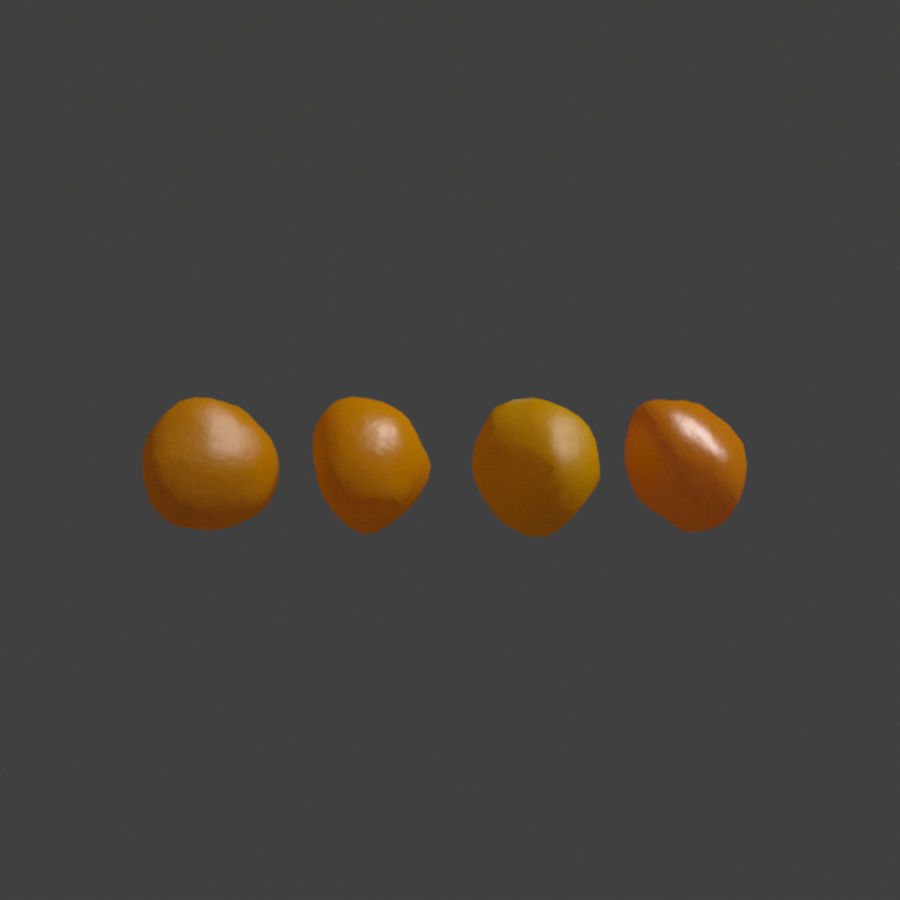 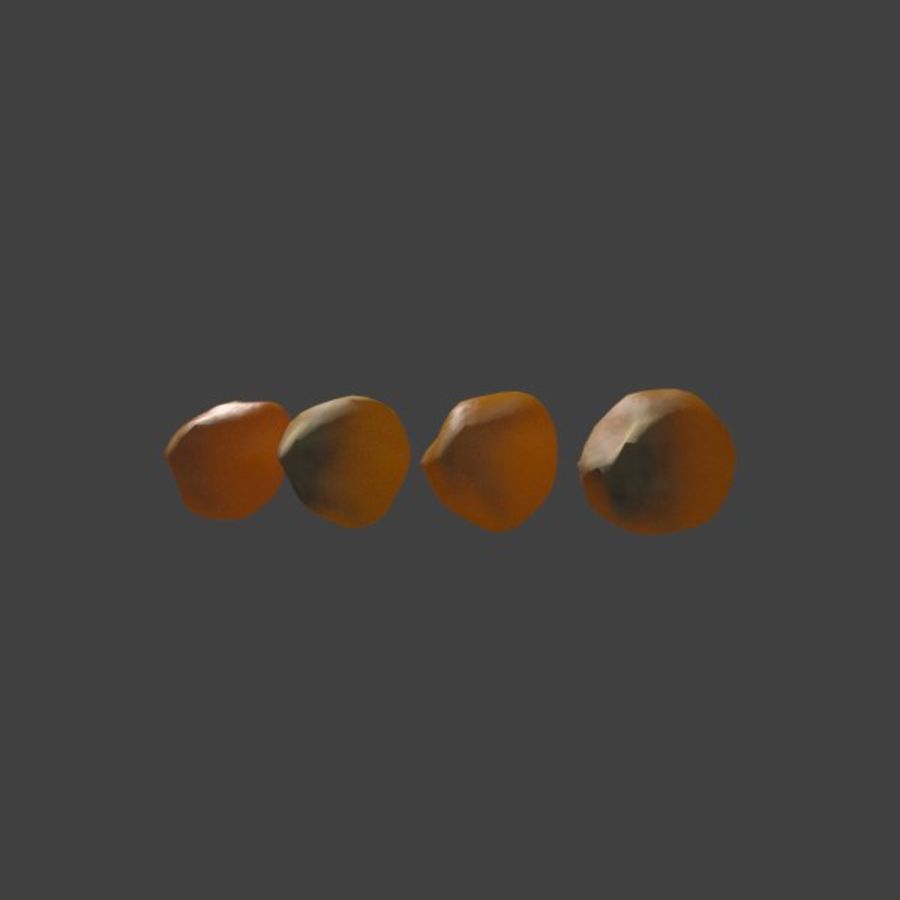 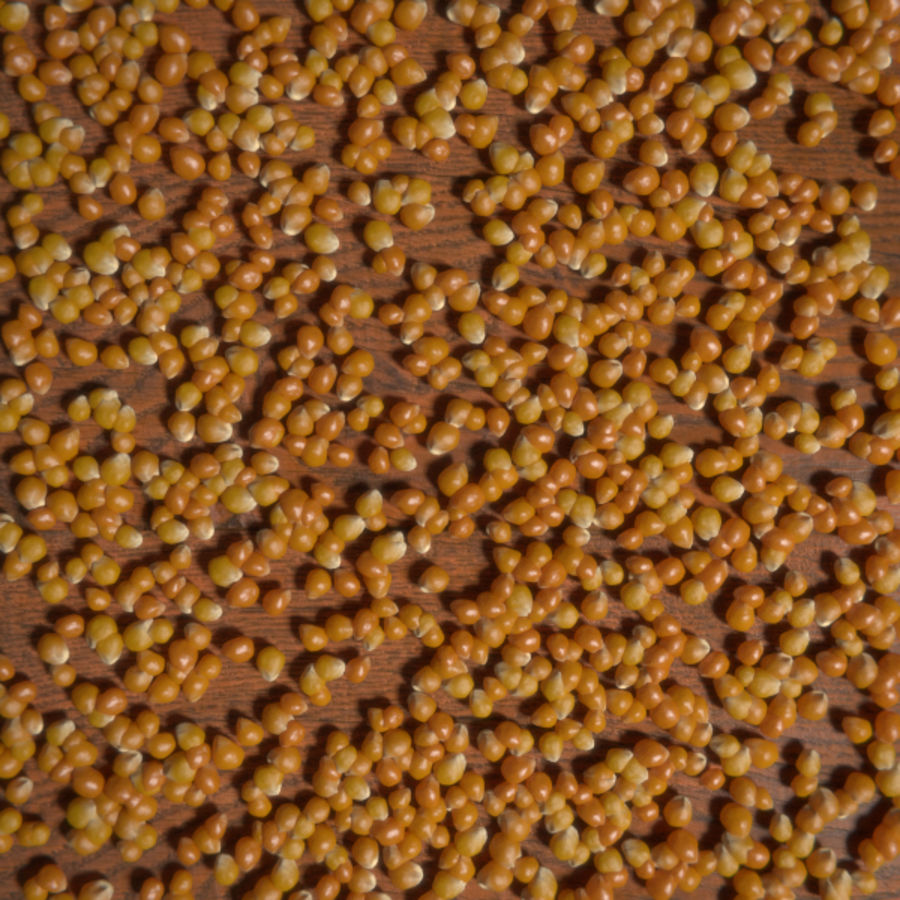 4 different popcorn kernels made for Cycles in Blender 2.68. There are technically more than 4 different options for kernels, as the displacement modifier utilizes an empty for texture location, resulting in no single kernel being exactly the same. Each of the four kernels uses its own material, and, though similar, each of the four materials are slightly different in terms of color, reflectivity, and bump mapping. Translucency is used here instead of Sub-Surface Scattering, so these can be rendered much faster using the video card instead of being limited strictly to the CPU. The kernels only use one texture; a mask that separates the golden translucent part from the more opaque and dull colored part. This texture is 200 x 200 pixels in size. There is also a wood texture from CG Textures used for the table surface in the final render; this image is 3000 x 1019 pixels in size. The scene consists of the four separate kernels, an empty to control the displacement, and a single mesh light all on the first layer. The second layer contains a second mesh light, as well as the table surface and a plane with a particle system used to scatter kernels. Post-processing is disabled by default, but there is a compositing node setup for the final render that can be utilized if desired. The four kernels are all in a single group labeled as "Kernels" so they can be used in other particle systems with ease.
Mar 09, 2018 date added