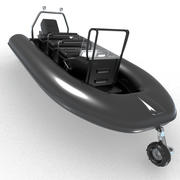 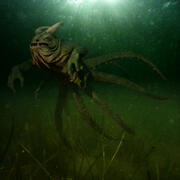 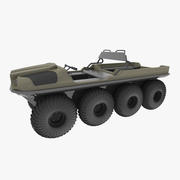 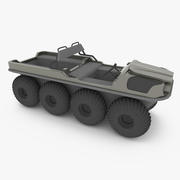 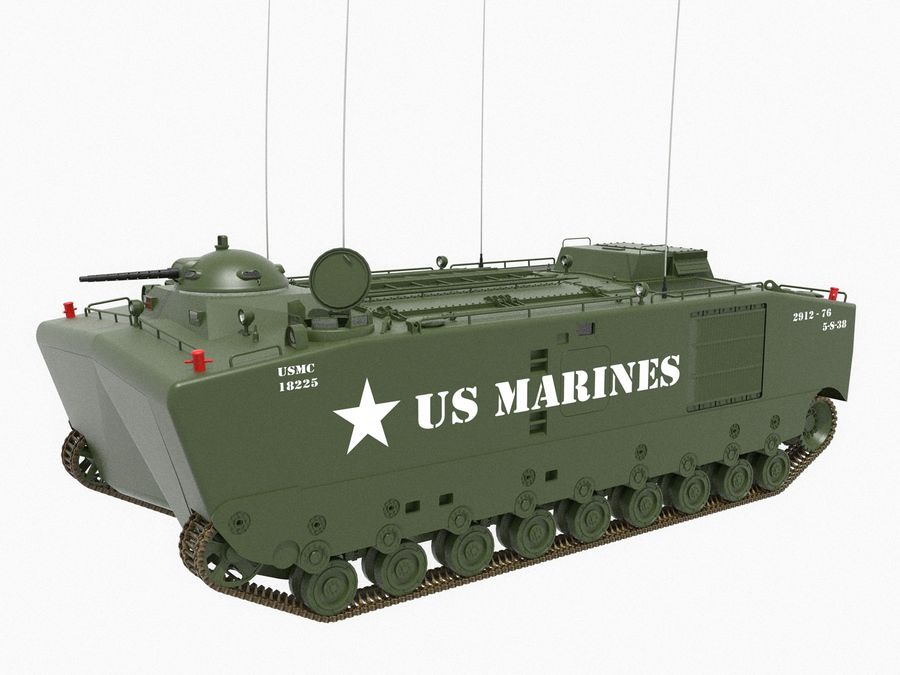 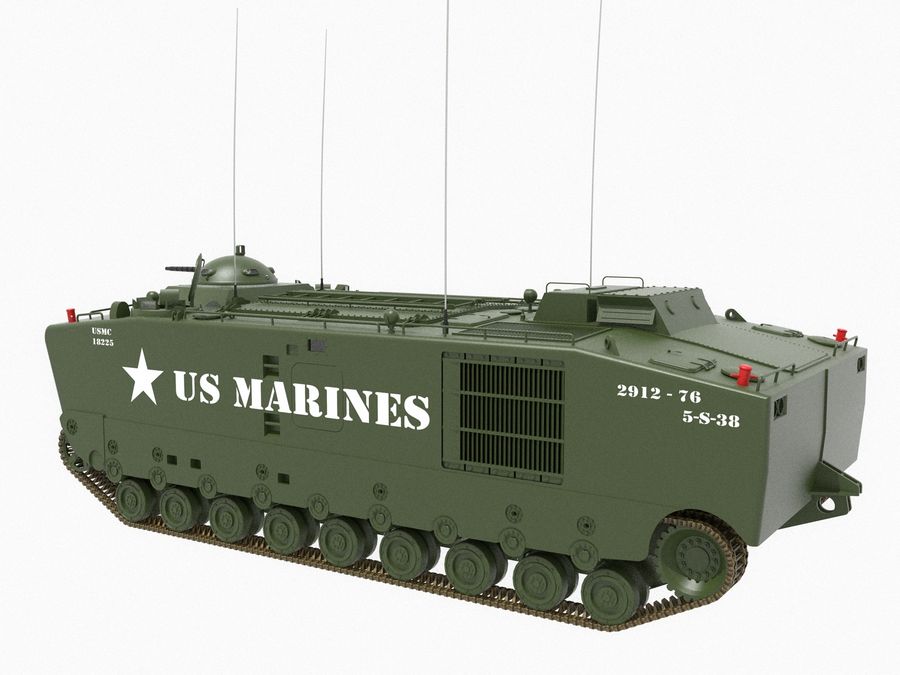 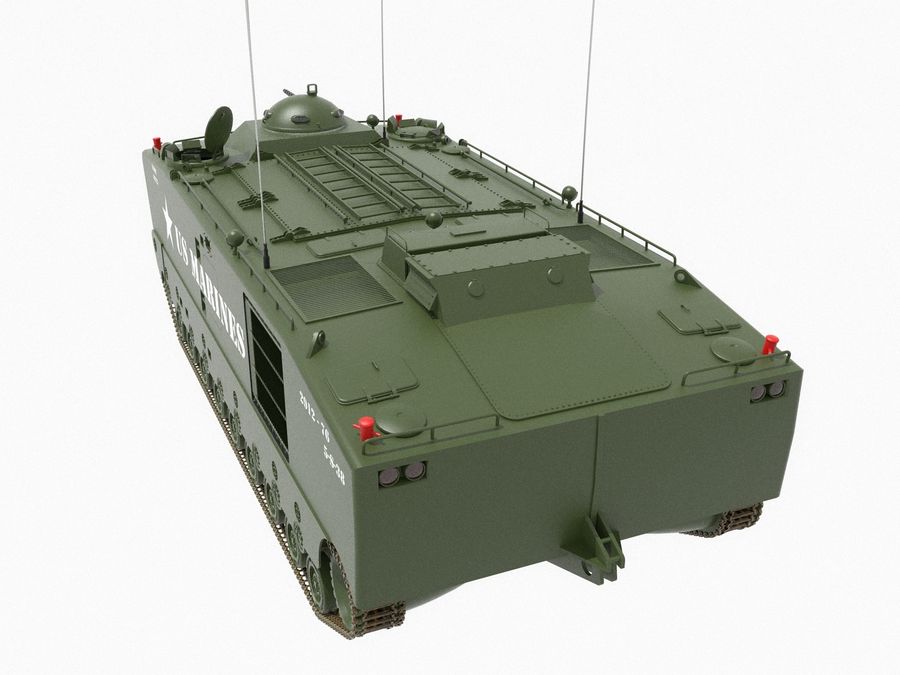 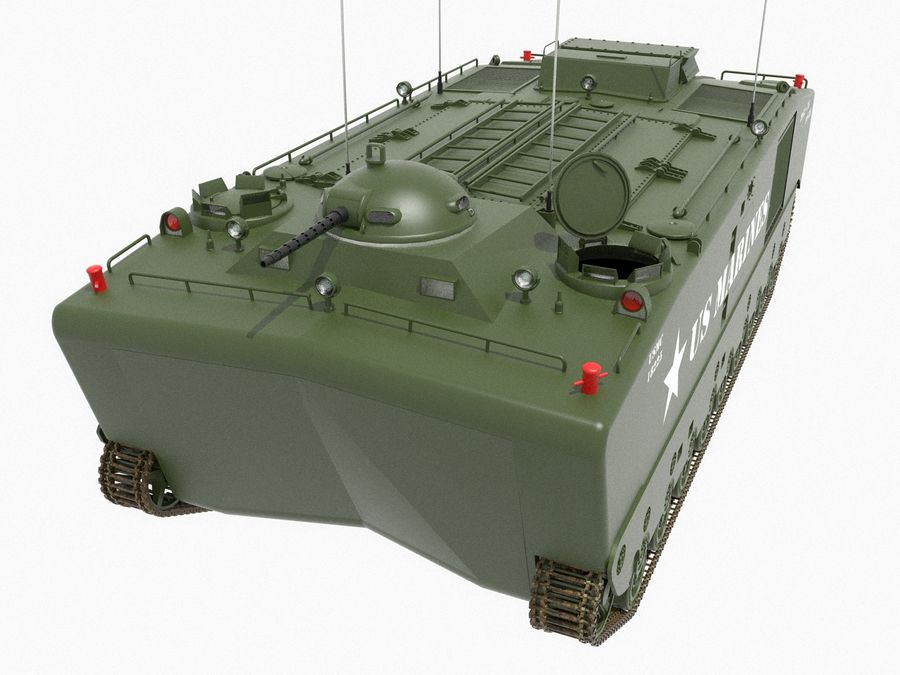 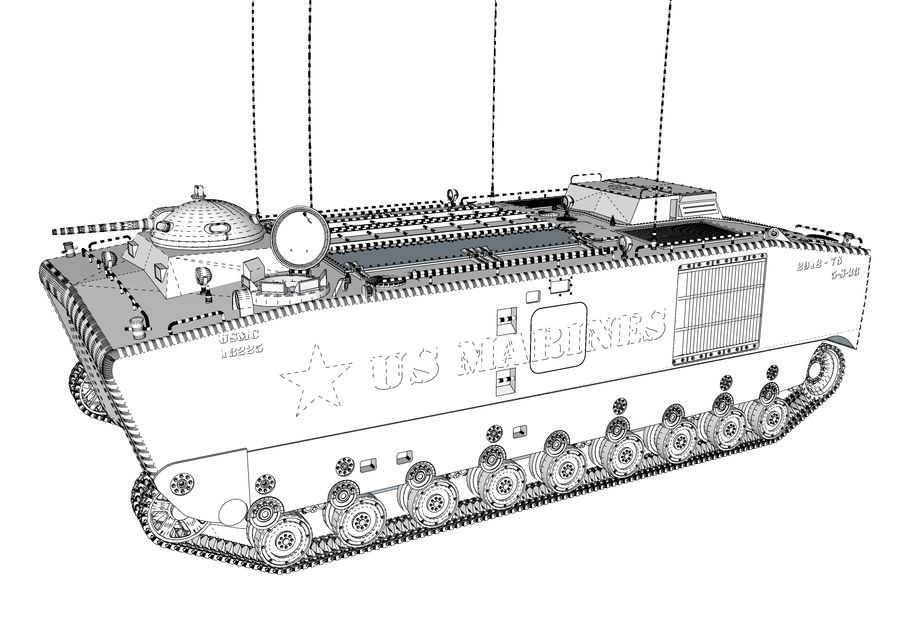 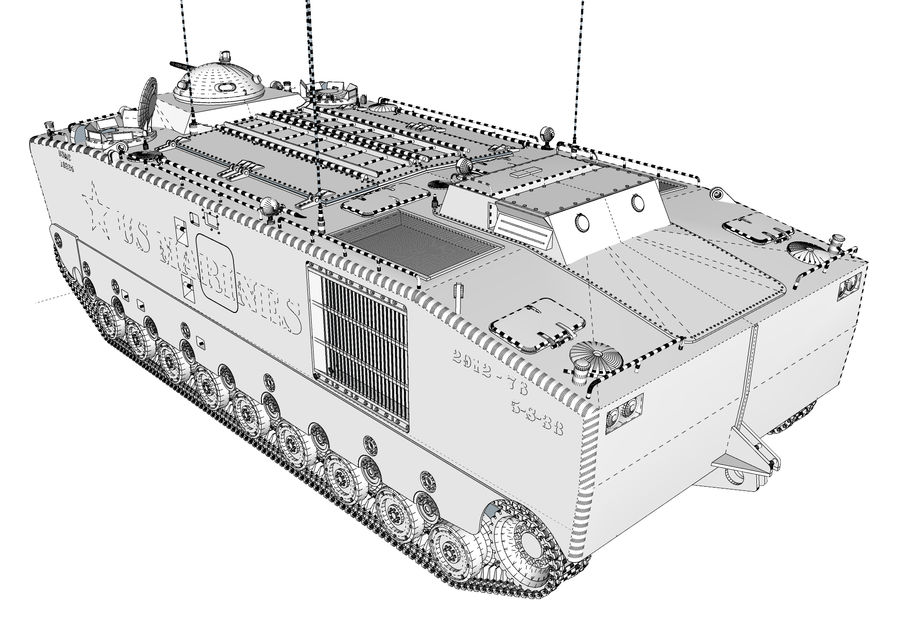 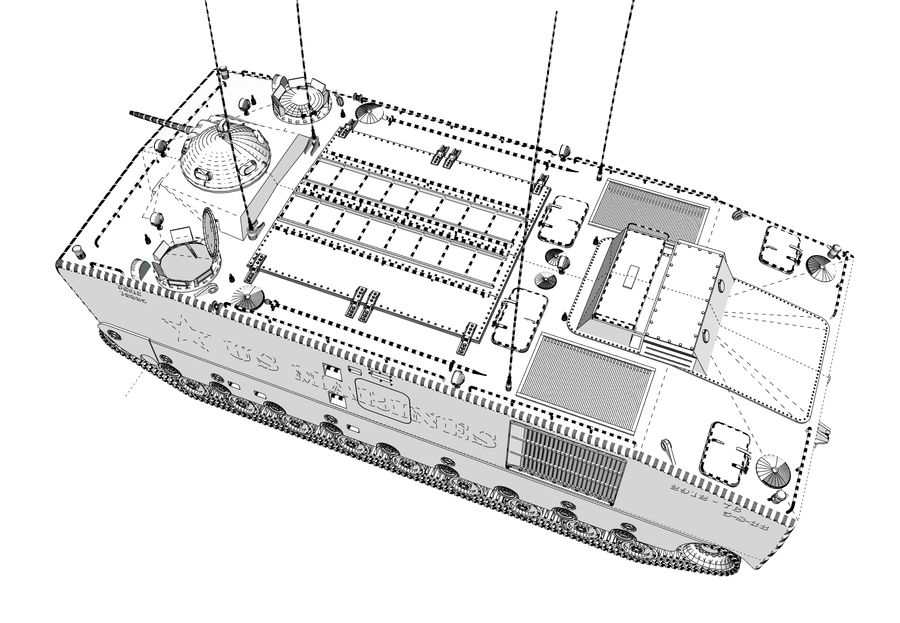 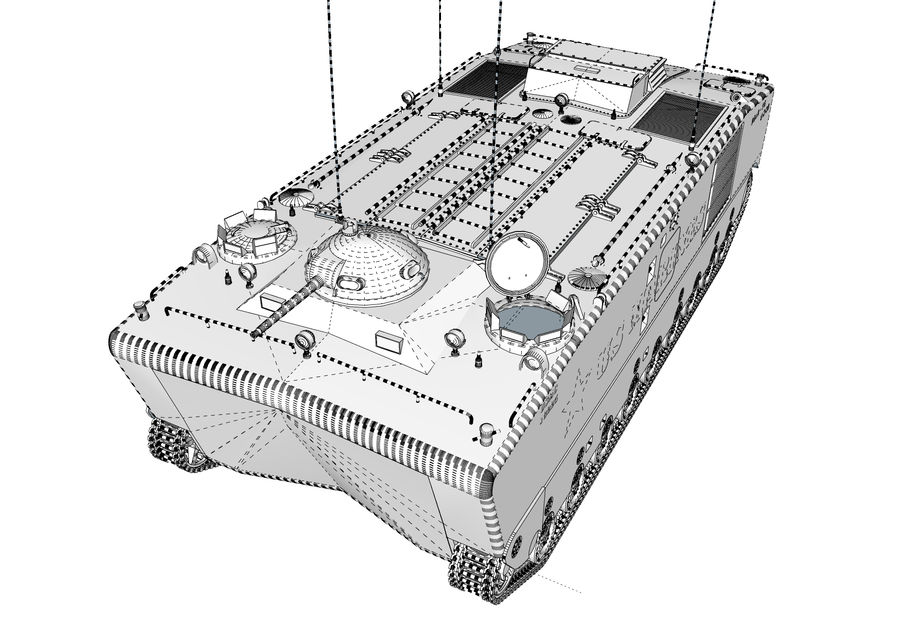 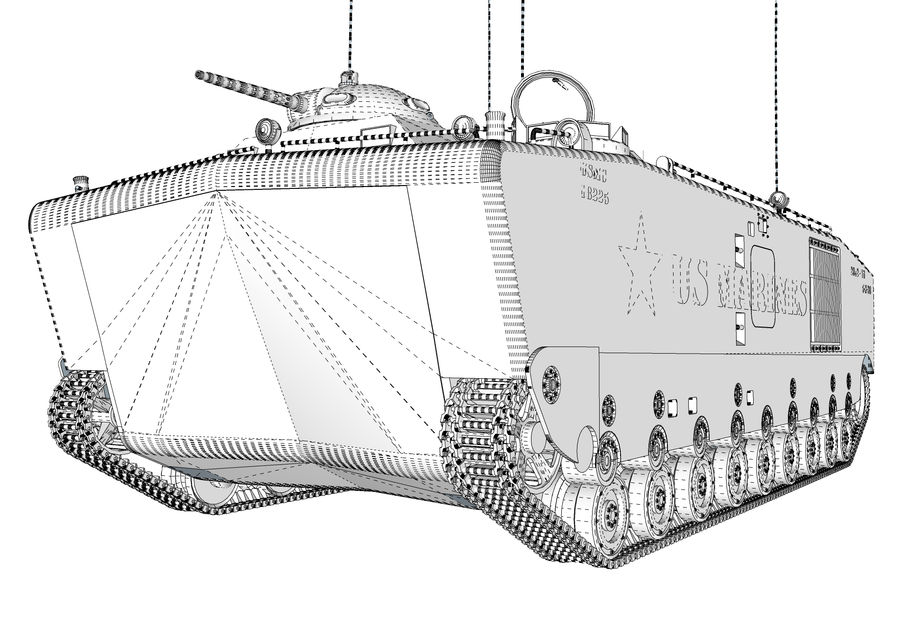 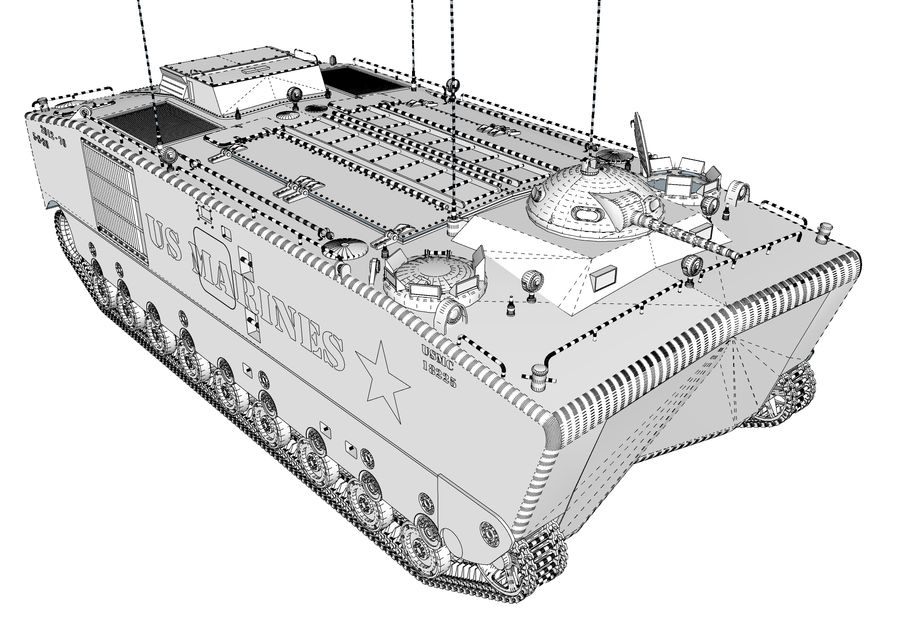 It was an evolution of the LVT-1 to LVT-4 World War II era Landing Vehicle Tracked series, but was considerably larger and could carry 30-34 combat-armed troops. A smaller design based on the M59 APC was also produced as the LVT-6, but only a handful built. The LVTP-5 was replaced in service by the LVT-7 family. The most common type was the LVTP-5, an armored personnel carrier, with mine-sweeper, command, recovery and fire support variants, the latter mounting a 105 mm howitzer. An anti-aircraft version was prototyped, but never saw service. As of the mid-2010s, the sole remaining state user of the LVTH-6 was the Philippines, who used 4 of them for their naval infantry force. As of 2013, Philippine LVTH-6s came in a "digital"-style camouflage pattern. rendered with kerkythea the models were tested on conversions to other formats with 100% success without errors - The model consists only of quads and tris polygons. Therefore, importing and exporting to other formats will have no problem and no artifact. - No need to clean, just put your models on the scene and start rendering. - High quality polygonal model - correctly sized accurate representation of the original objects - The template was created in sketchup 2018 - The model can be animated. - Coordinates of model location in space (x0, y0, z0). - Scale of all the details (100,100,100). - Texture maps included: 1050x978 screen
Dec 29, 2019 추가 된 날짜