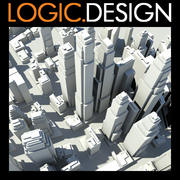 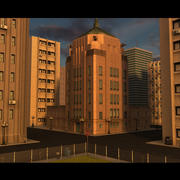 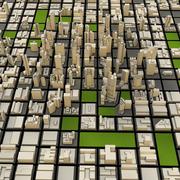 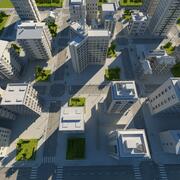 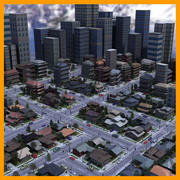 Nimbasa City is a major city located in the central area of the Unova region. There are three routes connecting to it: to the south of the city is Route 4 and the vast Desert Resort, to the west is Route 5, and to the east is Route 16. Nimbasa City is the most populous city in the Unova region and the second most populous in the Pokémon World, behind Kalos's Lumiose City. With the many resorts, hotels, and theme parks found throughout the city, Nimbasa is often known as “The City of Leisure” and even “The Entertainment Capital of the World.” This reputation has been gained thanks to its large investment in tourism and entertainment. Nimbasa City is also widely known for its grand-scale landmarks such as the Musical Theater, Gear Station, Big Stadium and Small Court, Battle Institute, Rondez-View Ferris Wheel, and the Nimbasa City Gym.

In contrast to the city's buildings and famous landmarks, the vast water features, parks, and plazas scattered around give the city a feel of relaxation, and make it one of the most beautiful cities in the Pokémon World!

Nimbasa City is also renowned by Trainers as a major destination for Pokémon Battles. In addition to sports being played in the Small Court and Big Stadium, players and fans alike are keen on battling. More famously, the Battle Institute in the northwestern part of the city and the Battle Subway in Gear Station are dedicated to battling, with a variety of Battle modes available to test your skills!

The Nimbasa City Gym is the official Pokémon Gym of Nimbasa City. It is a gigantic indoor theme park that features many roller coasters, thrill rides, and even a glittering castle at its center! The Nimbasa Gym is not only just a gym, but also a very popular tourist attraction for Trainers to have a wonderful time and see if they have what it takes to receive the Bolt Badge from Gym Leader Elesa, no matter how difficult the battle will be. So have fun and good luck!

Just like Castelia City, there are many other places of interest that have been added to encourage more exploration throughout Nimbasa City. We hope you enjoy a remastered and new look of Unova's most populous city, so please do rate it and enjoy!!! This model is filled with all kinds of cool landmarks and amazing attractions to explore and view, so please feel free to download the model and get started experiencing the awesomeness of Nimbasa City!!!

Can i used to my game android? I give tou credits
devgaming006 3 лет назад Reply2

I imported the fbx to unity. And the building like transparency. How to fix it?
devgaming006 3 лет назад Reply2