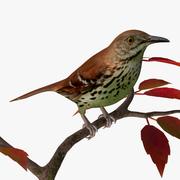 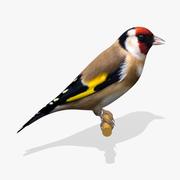 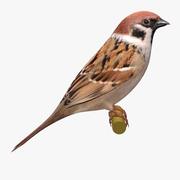 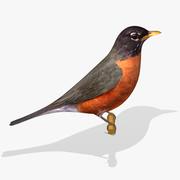 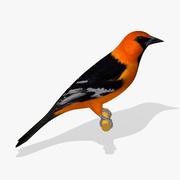 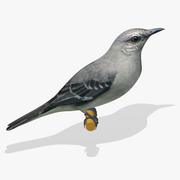 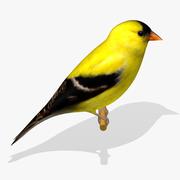 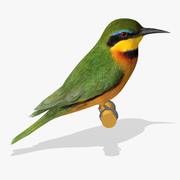 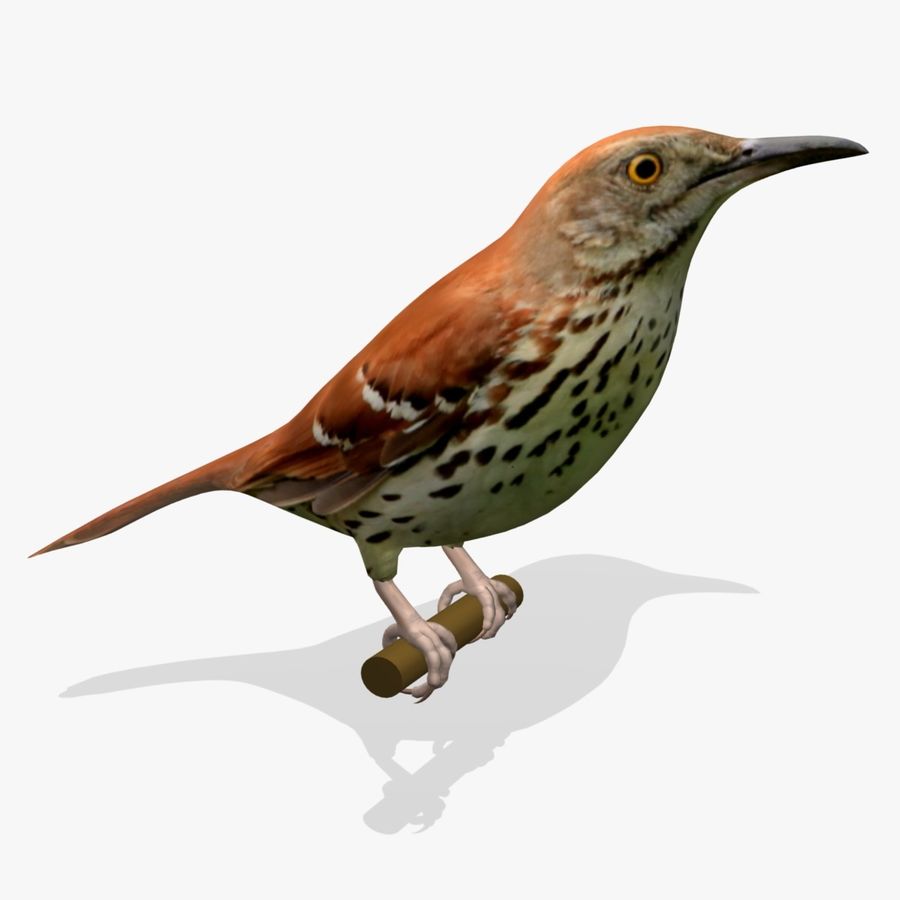 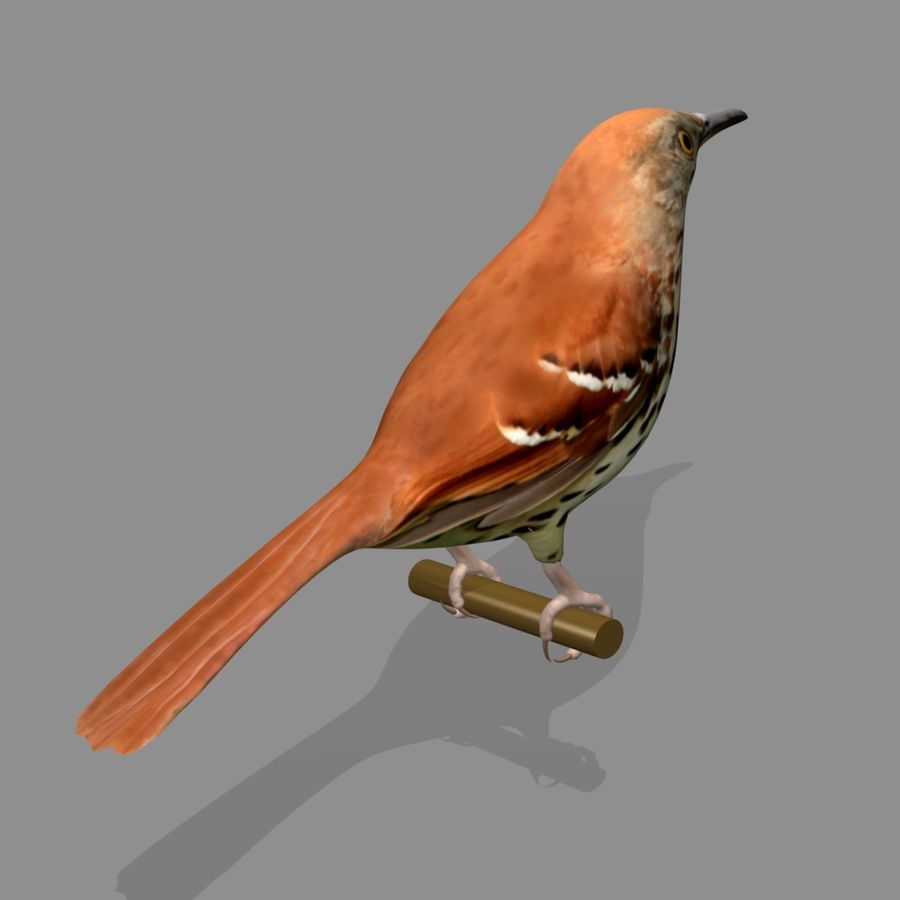 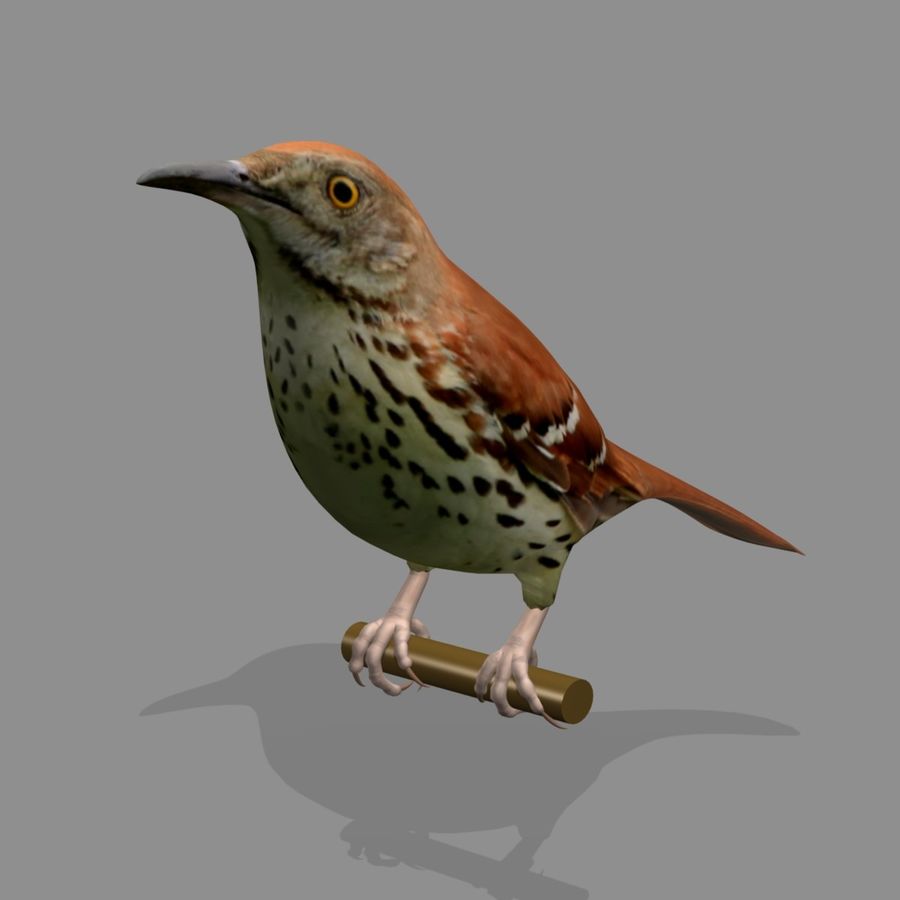 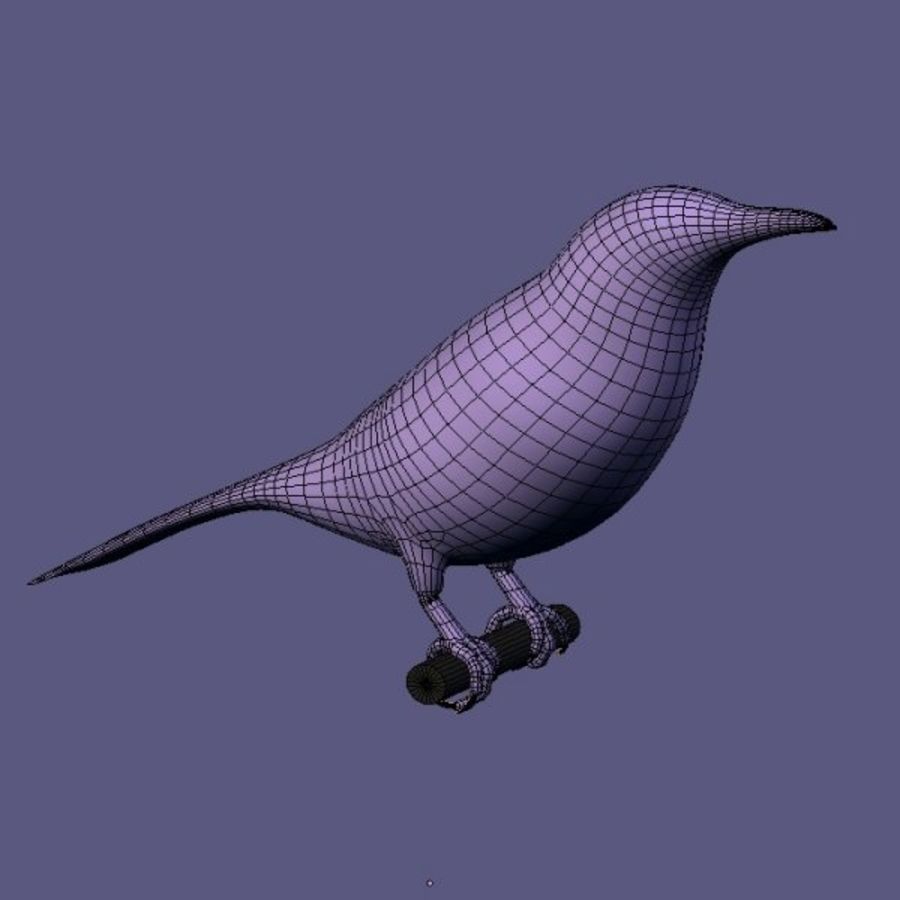 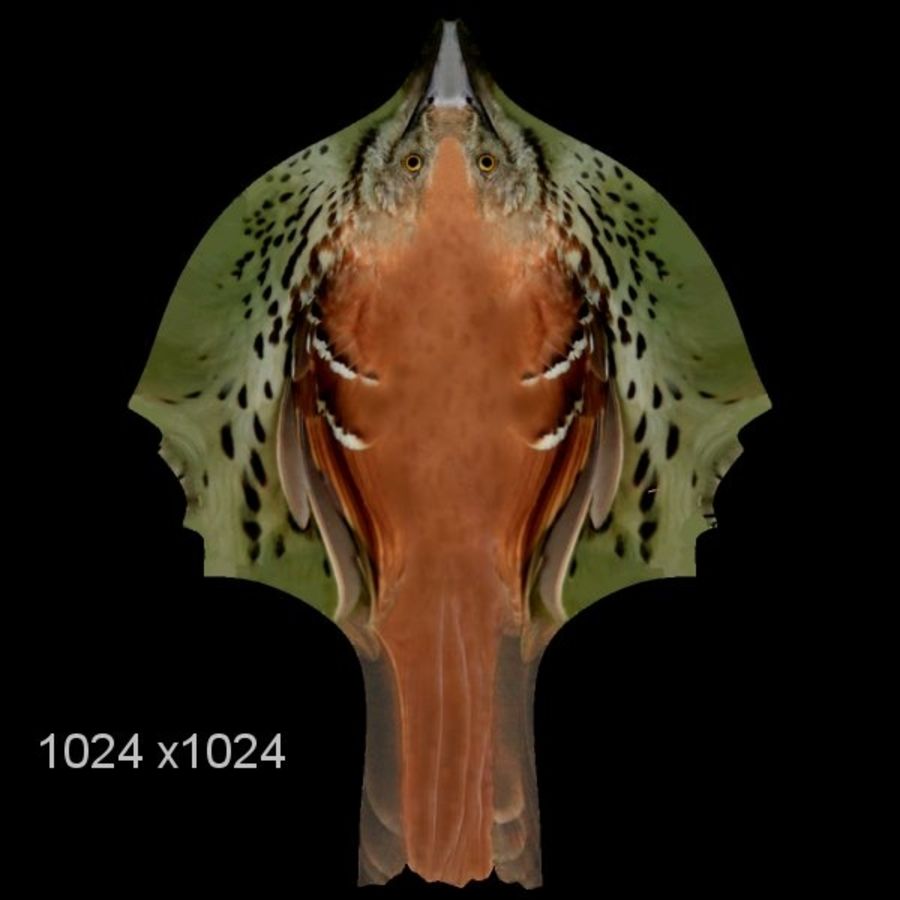 Brown Thrasher (Toxostoma rufum) To see all the birds, SEARCH: KRINGLE AB There is another version of this bird with an attractive perch and back-drop available. SEARCH: 730882 The Brown Thrasher was originally selected by schoolchildren as the state bird of Georgia in the 1928, and was declared the state bird by Eugene Talmadge in 1935, but was not officially adopted until 1970. The Brown Thrasher also was the inspiration for the name of Atlanta's former National Hockey League team, the Atlanta Thrashers. Modeled and rendered in Blender 3D. Statistics: blend: (quads and triangles) Number of Vertices: 3560 Polygon Count: 3388 Obj: (quads and triangles) Number of Vertices: 3560 Polygon Count: 3446 3ds: (all triangles) Number of Vertices: 3960 Polygon Count: 6776
Sep 24, 2018 Datum toegevoegd