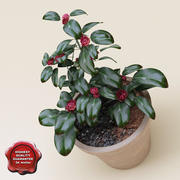 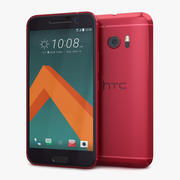 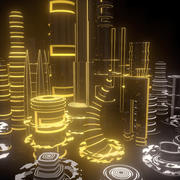 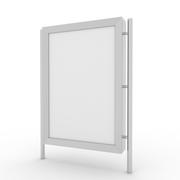 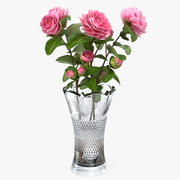 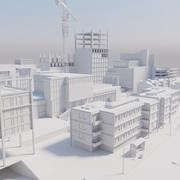 Camellia City is a large seaside city located in the south central part of the Oranova Region. It is a vast metropolis, including many skyscrapers and high rise buildings. Camellia is a renowned leader in business and entertainment, with its many lifestyle centers, venues, companies, and banks found throughout the city. Unlike most big cities, Camellia is designed to feature open streets and avenues with wide sidewalks. This helps to create a more comfortable and relaxing environment for pedestrians to walk at their own pace, socialize, or even to enjoy their surroundings. The city exists on the shores of a large cape or headland, which extends out into the Gulf of Oranova, making for a perfect port city. Much of the land surrounding Camellia is fairly level and low-lying, with a few rolling hills north and east of the city.

The city has two gates connecting it to outside routes. In the west is the Route 4 Gate, and in the east is the Route 5 Gate. Route 4, also known as Sabal Beach, connects Ranunculus City with Camellia City, and features a road that is located between a forest and a white sandy beach with some palm trees found along the shores. Route 5, also known as Lycoris Hills Greenway, connects Camellia City to Amaryllis City. This route features hiking up several small forested hills with nice views of the area. There are several other ways to enter the city. Tourists and locals can travel to Camellia City from other regions by boat and stop at the harbor side of the city.

Camellia City is the largest city in the Oranova Region and features many structural elements that have not been seen in cities in other regions. The city has several districts, each with tall office skyscrapers and residential buildings. There are a series of wide pathways that go around the city, where a group of plazas and monuments can be found. Due to the geography of the cape, Camellia City’s wharf is shaped so it extends all the way around the southern half of the city. This is where cruise ships and ferries dock and provide service to other regions and destinations in the Pokémon world.

The City Center, better known by locals as simply Downtown, is the historic center of Camellia City. This area has some of the tallest buildings in the Oranova Region, and has many places to shop and dine. The City Center is also home to many entertainment venues, such as battling centers, a convention center, and an indoor theme park.

The Camellia City World Center is an indoor entertainment complex located in the western part of the city. The complex features a large upscale shopping center, office and residential skyscrapers, and is home to many entertainment venues such as concert theatres, ballrooms, movie theaters, and multiple battle lounges. Outside, on the waterfront is a place for cruise ships and ferries to dock at. Tickets to sail on them are inside the World Center.

The Promenade is a mixed upper-class residential area in the eastern part of Camellia City. The district has numerous hotels and residential skyscrapers. The district gets its name from a long walkway on the waterfront where cruise ships, ferries, and other kinds of boats dock every day. Tickets to sail on them are inside the low-rise building.

The Financial Center is a district located on the eastern side of Camellia. It comprises mostly of office skyscrapers and headquarters of many of the city’s major financial institutions. Along with a Pokémon Center on its eastern corner, there plenty of department stores scattered around the district that provide entertainment and shopping.

University Place is a district located on the western side of Camellia. The area has a historic connection with Camellia University, an institution of higher education and also has focus on Pokémon research and history in the Oranova Region. The Professor for Oranova has his main headquarters and office on the top floor of Camellia University’s main building.

Midtown Camellia City, better known by locals as simply Midtown, is a commercial and financial district located north of Camellia Park and south of Uptown. On the eastern side of Uptown is the Camellia Mall, a large shopping mall that features a large movie theater, and is one of four places in the city that sells Camellia Shakes. They are a variety of hand-spun milkshakes that come in various flavors. However, the standard Camellia Shake cures a Pokémon from all non-volatile status conditions and confusion. The other flavors can heal various afflictions of a Pokémon.

Uptown Camellia City, better known by locals as simply Uptown, is the northernmost district of Camellia City. It is mostly known for the Camellia City Botanical Gardens, a large park that features many exotic species of plants and trees, picnic areas, and trails that provide walking and jogging for visitors. At the center of the park is the Oranova Aquarium. One of the largest aquariums in the Pokémon world, it also has the Camellia City Gym, which is located in the back of the Aquarium. The Gym specializes in Water-Type Pokémon, and has the player go through many underwater tunnels and domes that lead to the top of the Aquarium, where the Gym Leader. She is the fifth gym leader you will encounter in Oranova, so be prepared! When you defeat her, you will get the Aqua Badge.

Camellia City is a combination of both Castelia City and Lumiose City. You have skyscrapers and high rise buildings like Castelia, and you have wide streets, parks, plazas, and multiple pathways, like Lumiose. However, there is a Nimbasa vibe to the city, since there are shopping malls, entertainment centers, and tons of exciting places to see when visiting the city.

The Oranova Region is based on Unova and Kalos, and we are planning to actually make the cities for the rest of Oranova! Feel free to use this on Source Filmmaker, your own game, anything, just about! If you need this model in another format, there is a link below. Hope you guys like it and enjoy downloading it!

I will use it for animated movie.
murchad 3 lata temu Reply2