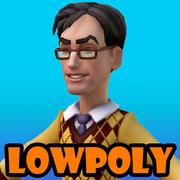 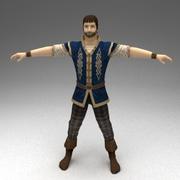 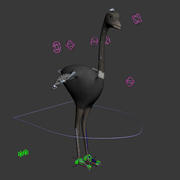 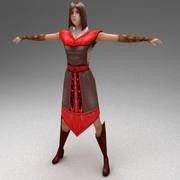 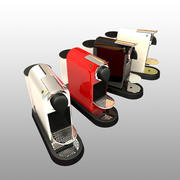 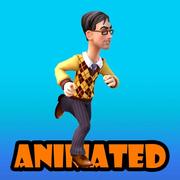 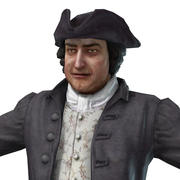 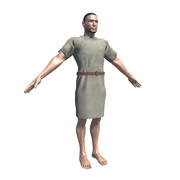 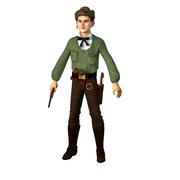 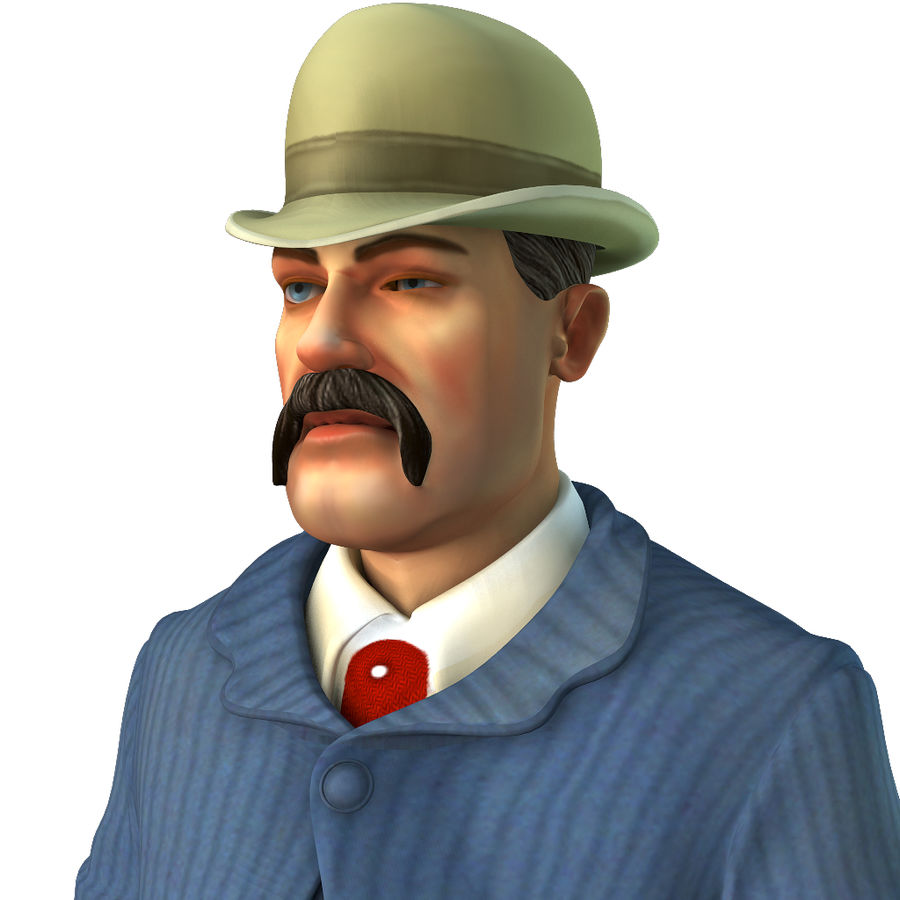 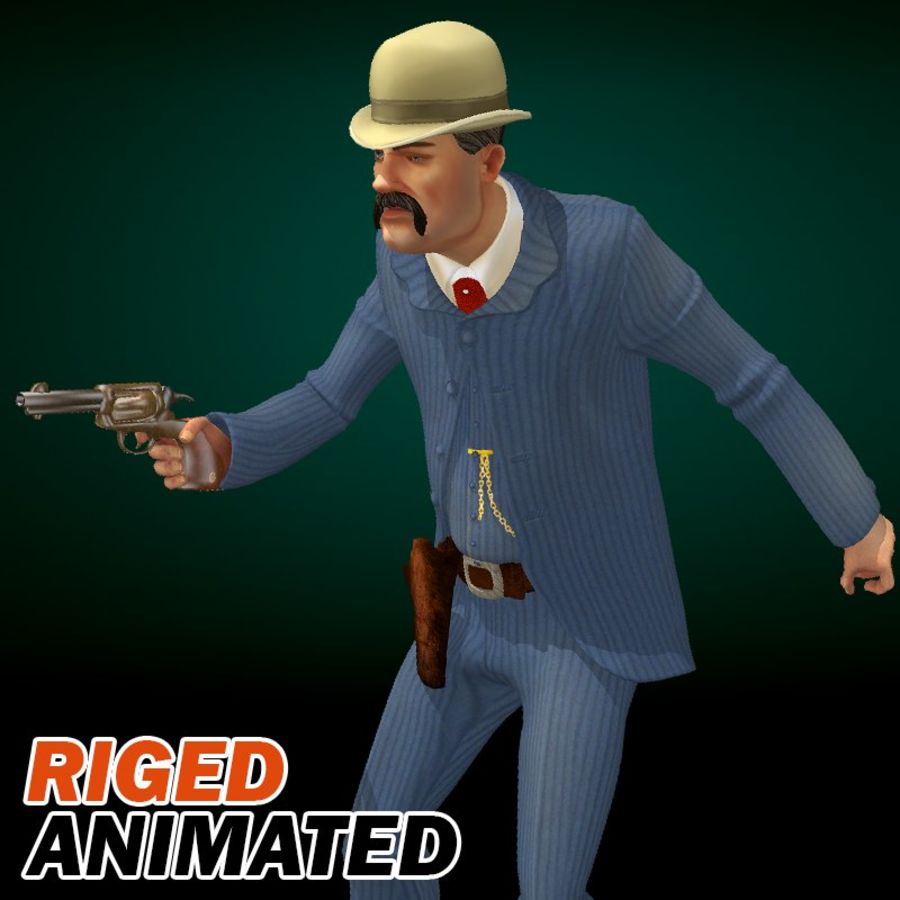 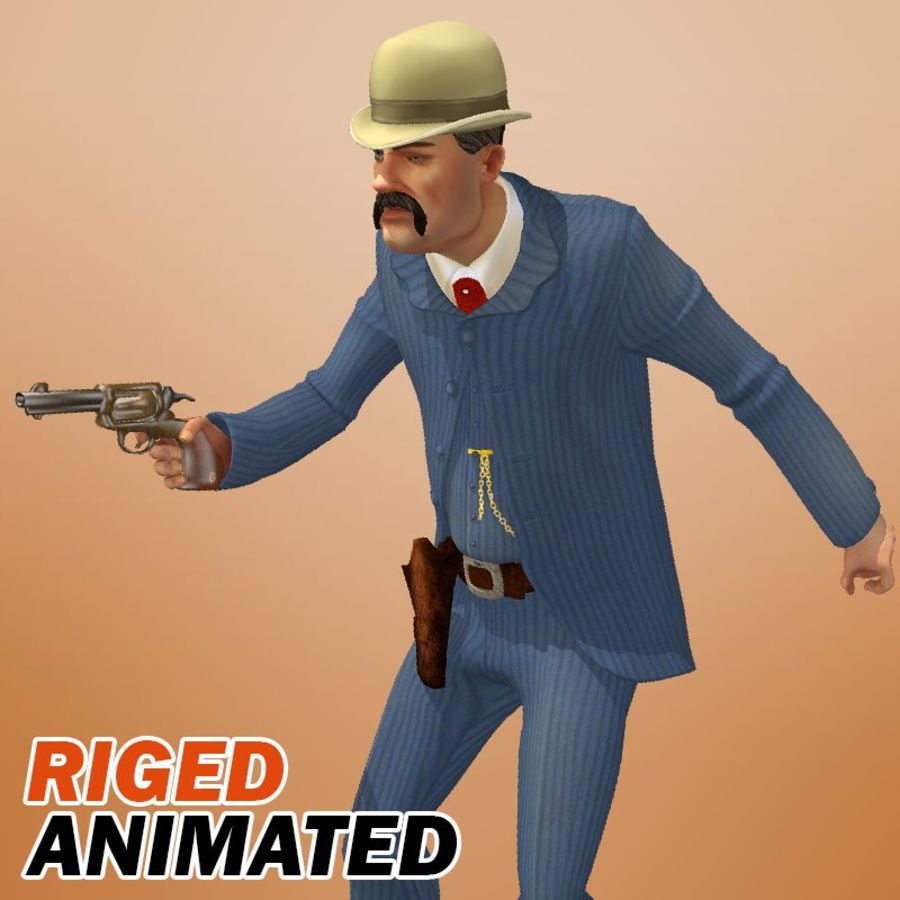 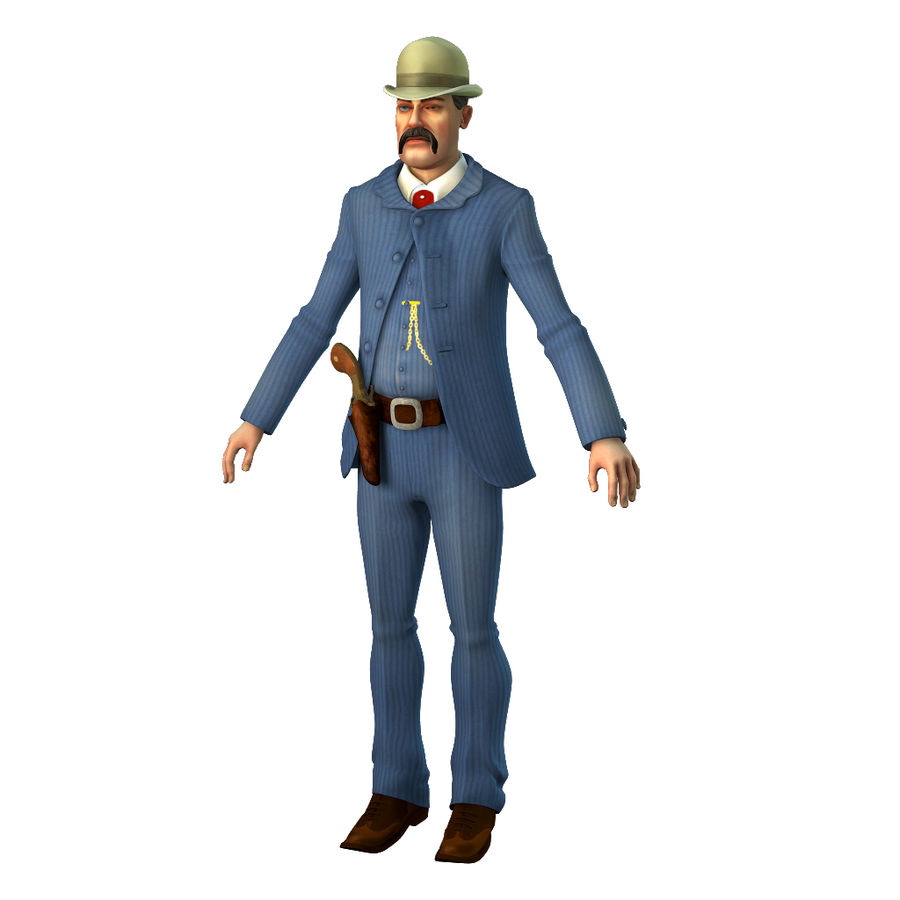 DESCRIPTION Cartoon model of the legendary gunfighter Bat Masterson. GENERAL INFORMATION FORMAT Maya 2012, with file format .fbx and .obj MODEL. middle-polygons model for render, or game Maya 2012 UV coordinates without overlapping hair is made by polygons with alpha channel RIG 3ds Max 2015, Biped rig Maya version no have rig ANIMATION 1. Idle 2. death 3. shoot 4. start 5. end TEXTURES. Texture parts - Body, Face Body - texture maps 1024*1024 size, format .tga, color map only Face - texture maps 1024*1024 size, format .tga, color map only RENDER. native format 3ds Max, render MENTAL RAY. Bartholemew William Barclay "Bat" Masterson (November 26, 1853 October 25, 1921) spent the first half of his life in what is remembered as the "Wild West". During that period, he distinguished himself as a buffalo hunter, Indian fighter during the celebrated Second Battle of Adobe Walls, civilian scout for the U.S. Army, and gunfighter and lawman in Dodge City, Kansas and elsewhere. The "Wild West" phase of Masterson's life was essentially over by the mid-1880s when he was still in his early 30s. Masterson moved to Denver and established himself as a leading "sporting man", or gambler. He took an interest in prizefighting and became a leading authority on the sport. He attended almost every important match and title fight in the United States from the 1880s until his death in 1921. He knew, and was known by, all of the heavyweight champions from John L. Sullivan and James J. "Gentleman Jim" Corbett to Jack Johnson and Jack Dempsey. He moved to New York City in 1902 and spent the rest of his life there as a reporter and columnist for the New York Morning Telegraph. Masterson's column not only covered boxing and other sports, but also gave his frequent opinions on crime, war, politics, and other topics. He became a close friend of President Theodore Roosevelt and became one of the "White House Gunfighters"[citation needed] (along with Pat Garrett and Ben Daniels), who received federal appointments from Roosevelt. He was known throughout the country as a leading sports writer and celebrity at the time of his death in 1921.
Dec 25, 2019 Ekleme Tarihi