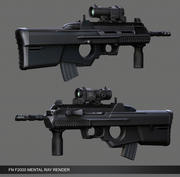 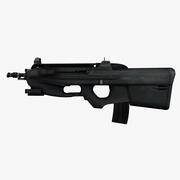 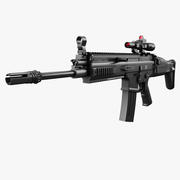 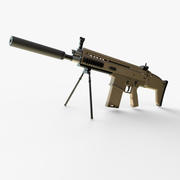 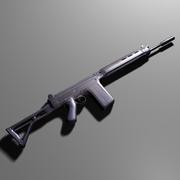 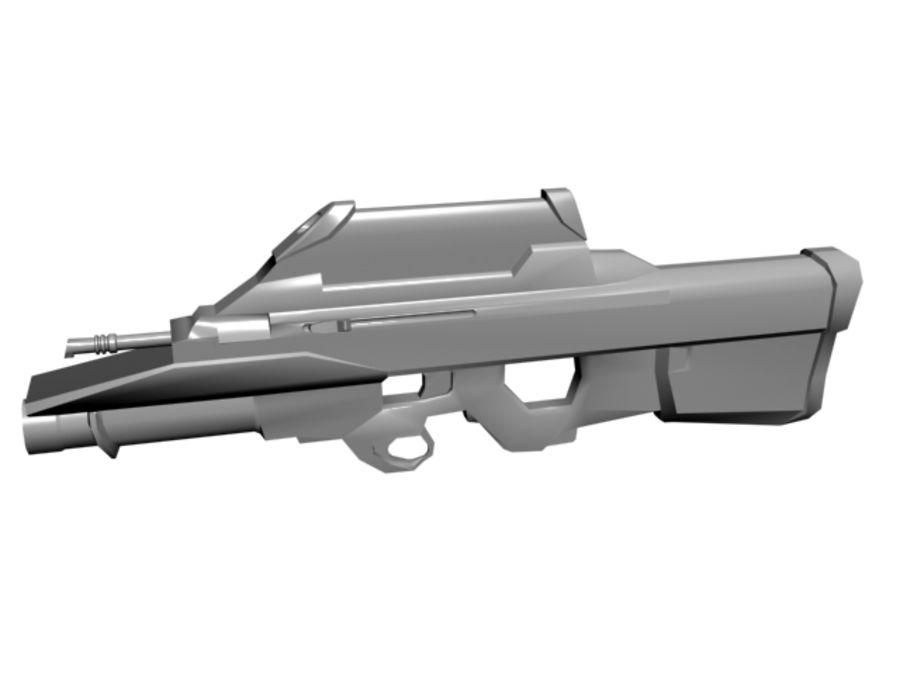 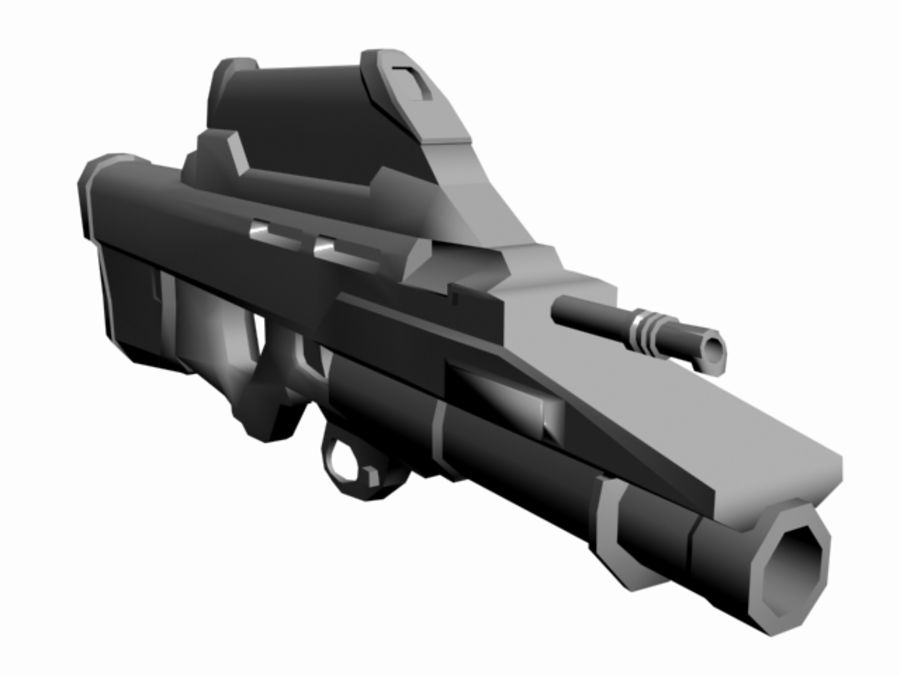 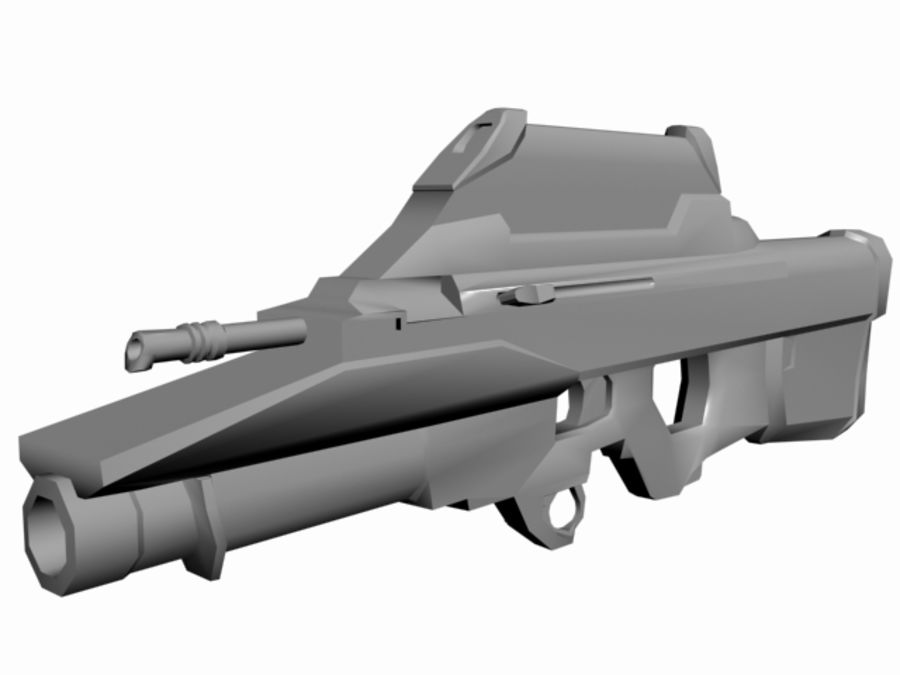 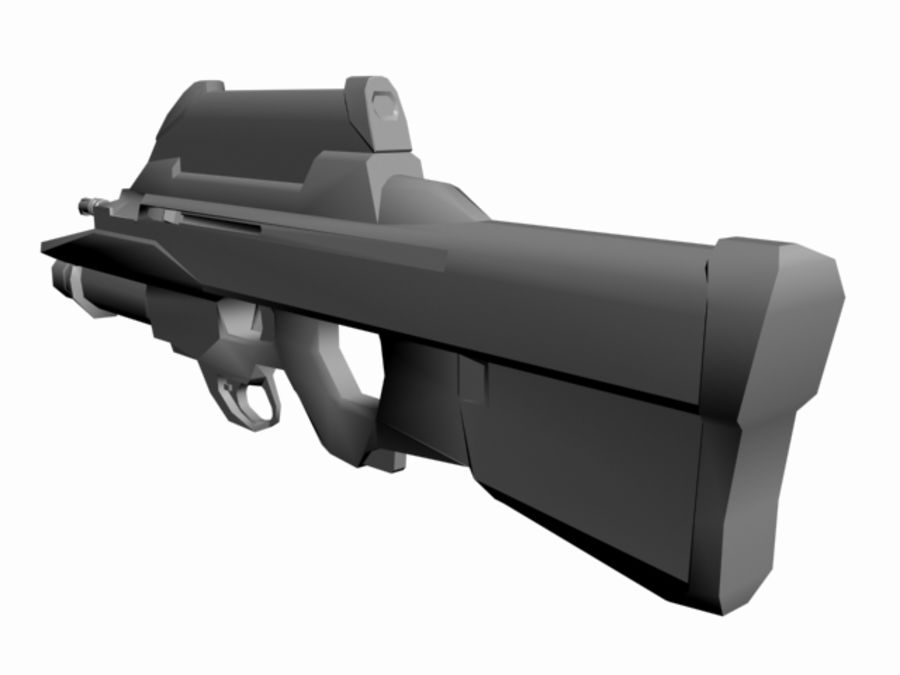 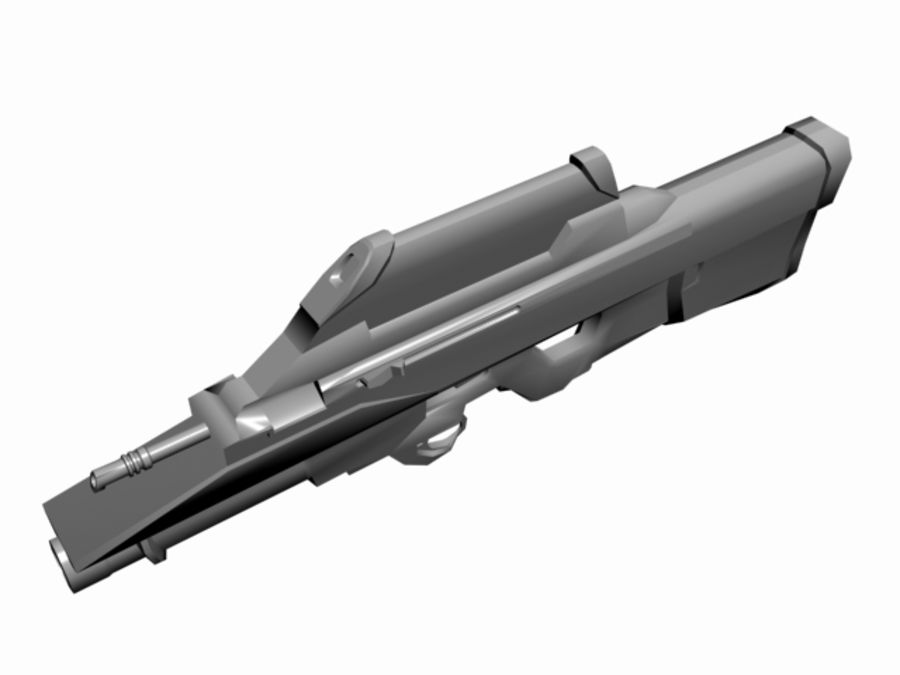 The F2000 was first introduced to the public in 2001 as a versatile yet compact rifle. It has a short-stroke gas piston system with an adjustable gas regulator, and fires the 5.56 x 45 mm NATO cartridge from standard STANAG magazines. Due to the bullpup arrangement, it is compact yet with a long barrel for accurate firing, although it is slightly heavier than most carbines, such as the G36K or the M4. It features forward ejection of spent shells and a P90-style ambidextrous fire selector, and the charging handle is fully adjustable for right or left handed users. The standard F2000 comes with a plastic forward handguard and an optical sight with 1.6x magnification. The sight cover and sight itself can be removed to reveal a Picatinny rail. The forward handguard can be removed to equip a variety of accessories such as laser aiming modules (LAM), 40 mm grenade launcher with push-button safety, 12-gauge shotgun, M303 less-lethal launcher, or the triple rail found on the F2000 Tactical. The optical sight can be replaced with a special computerized fire control system designed for the 40mm grenade launcher. The fire control computer makes firing regular grenades much easier, though it cannot fire smart grenades. There is an Israeli system that uses the M203 and computerized sight to fire 40 mm airburst grenades. Neither of these should be confused with the 20 mm and 25 mm grenades of the U.S. OICW program.
Sep 24, 2019 date added