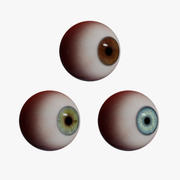 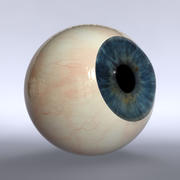 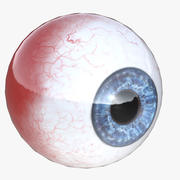 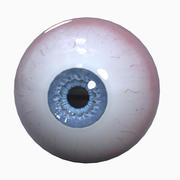 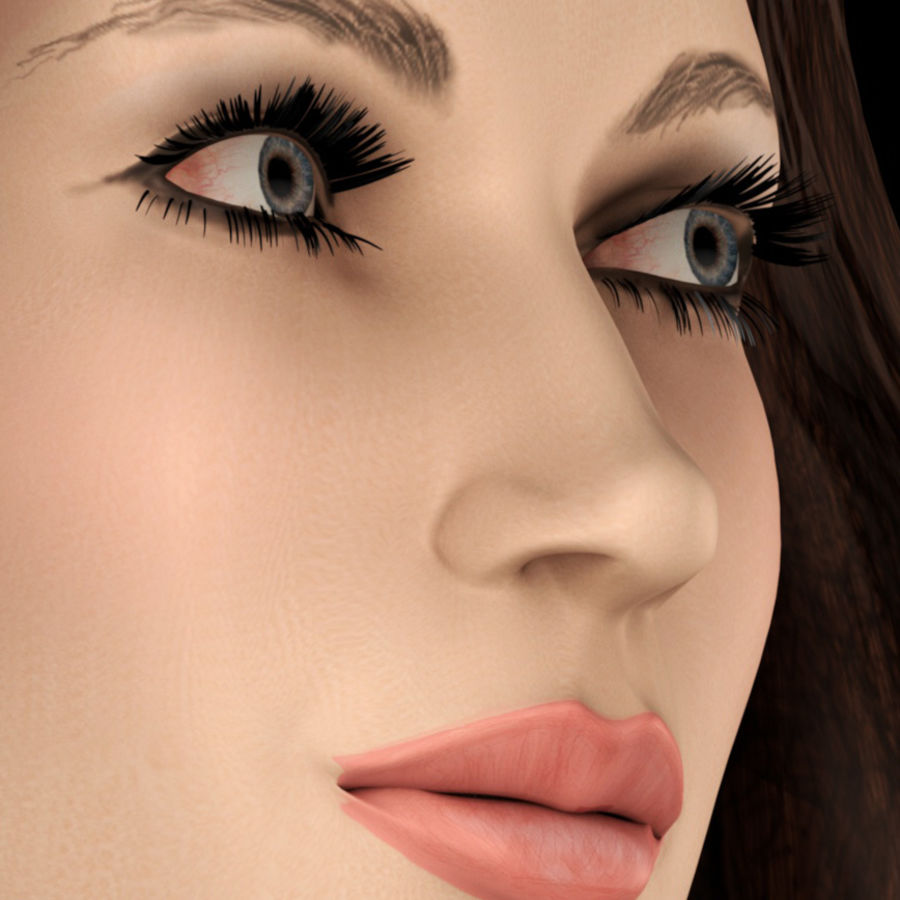 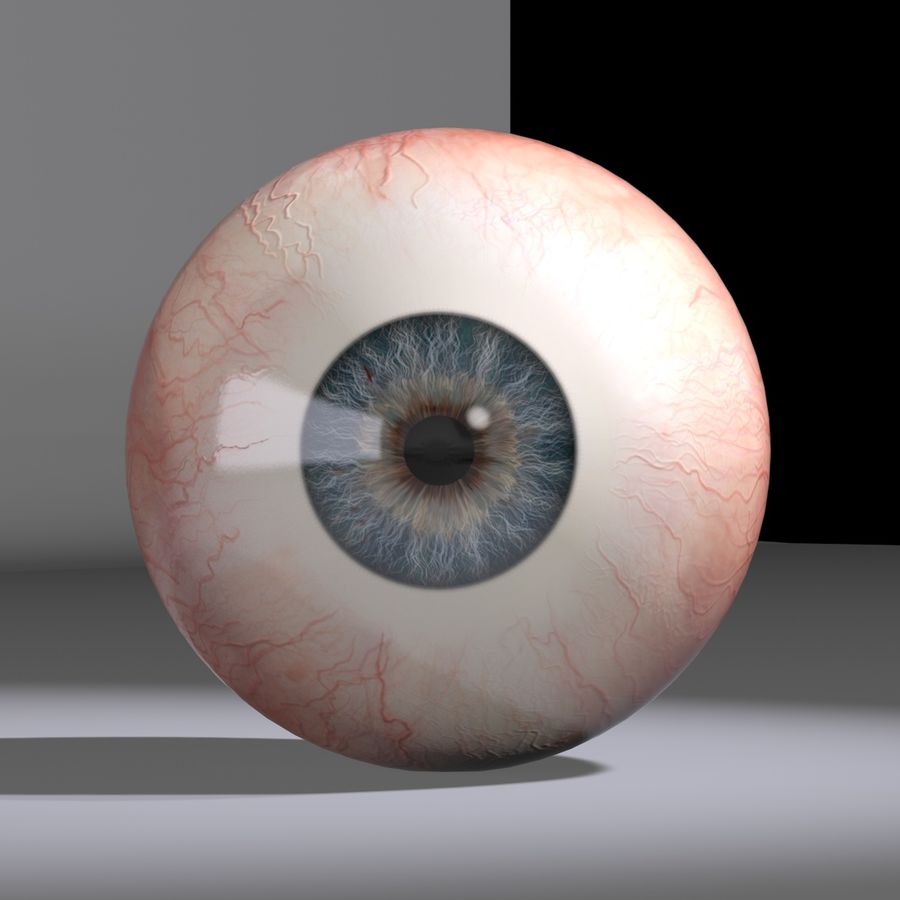 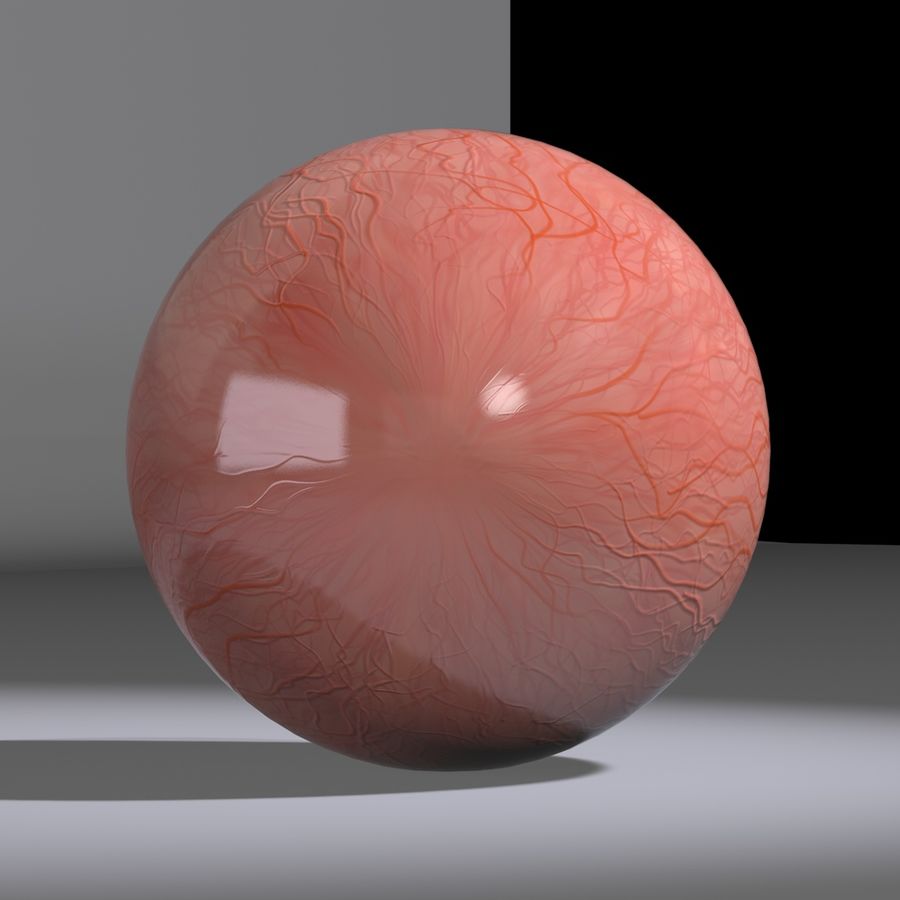 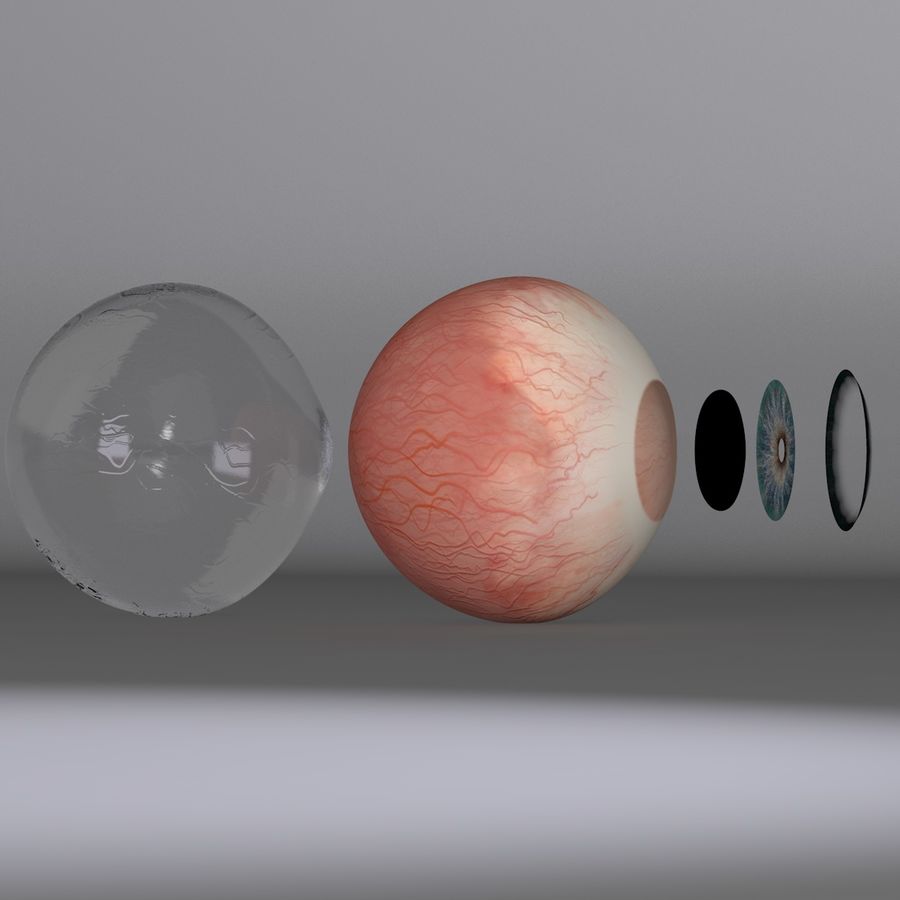 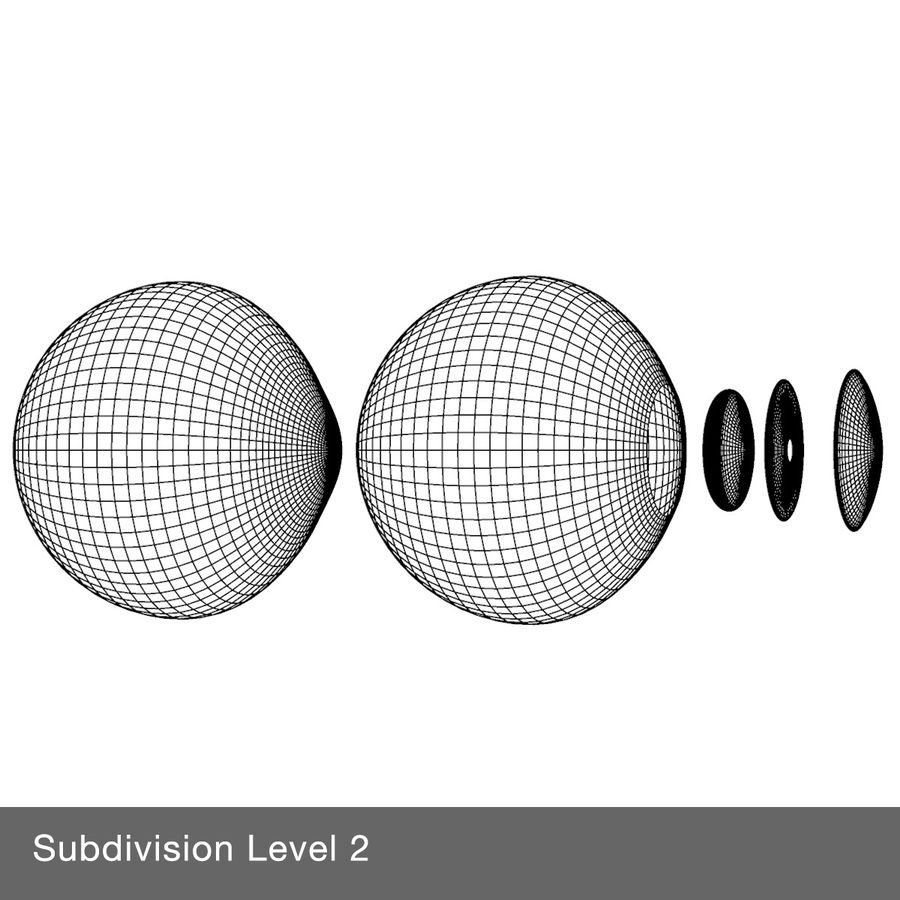 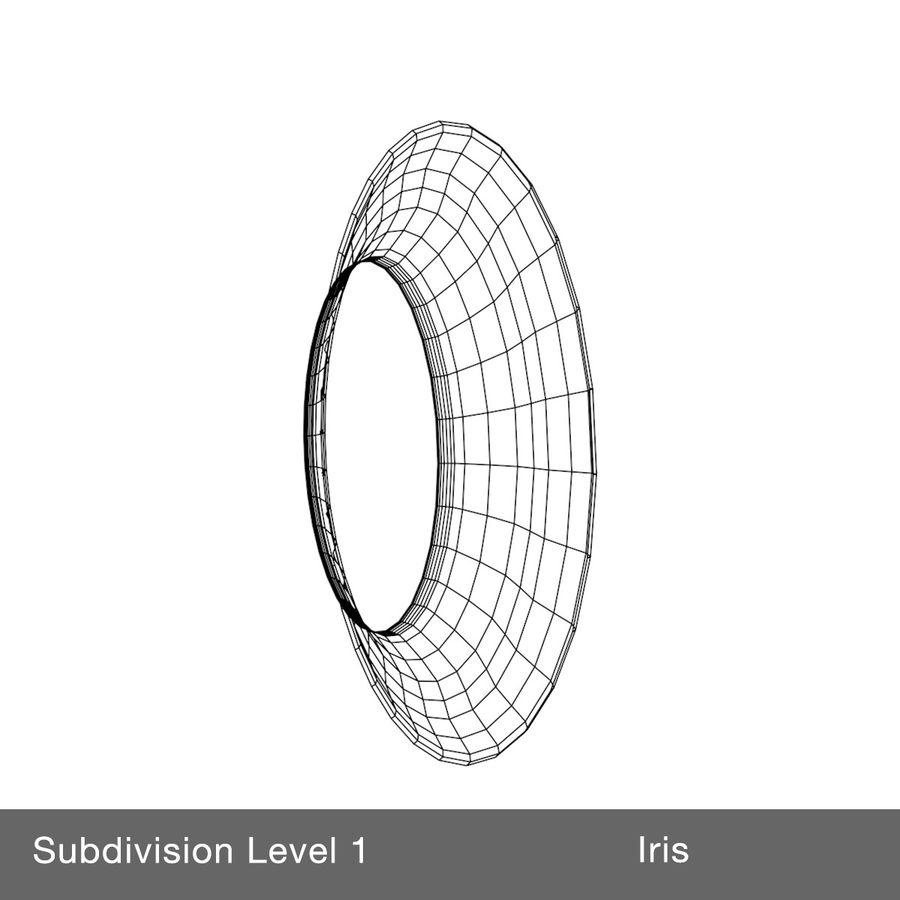 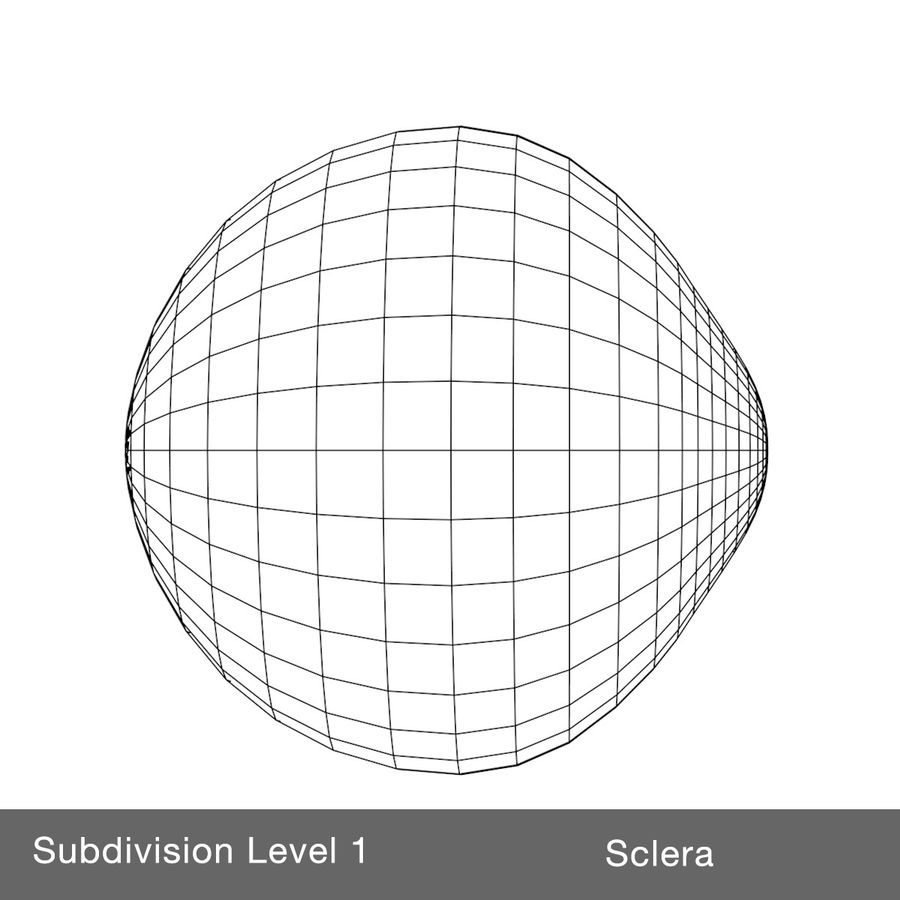 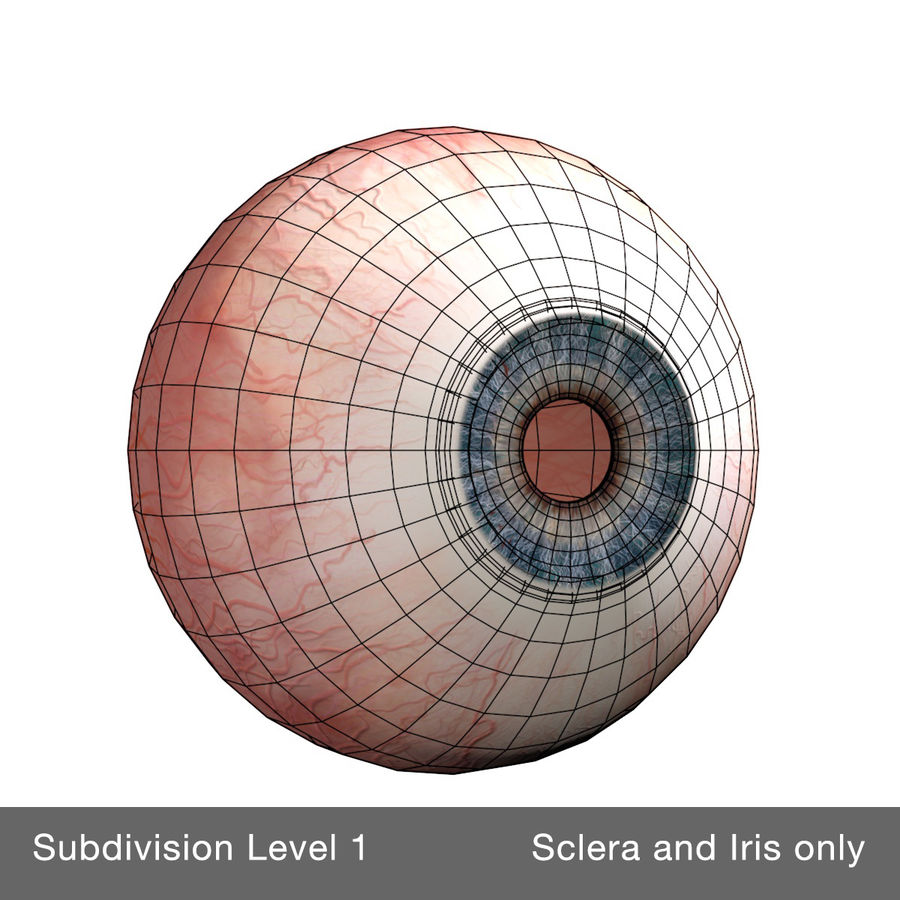 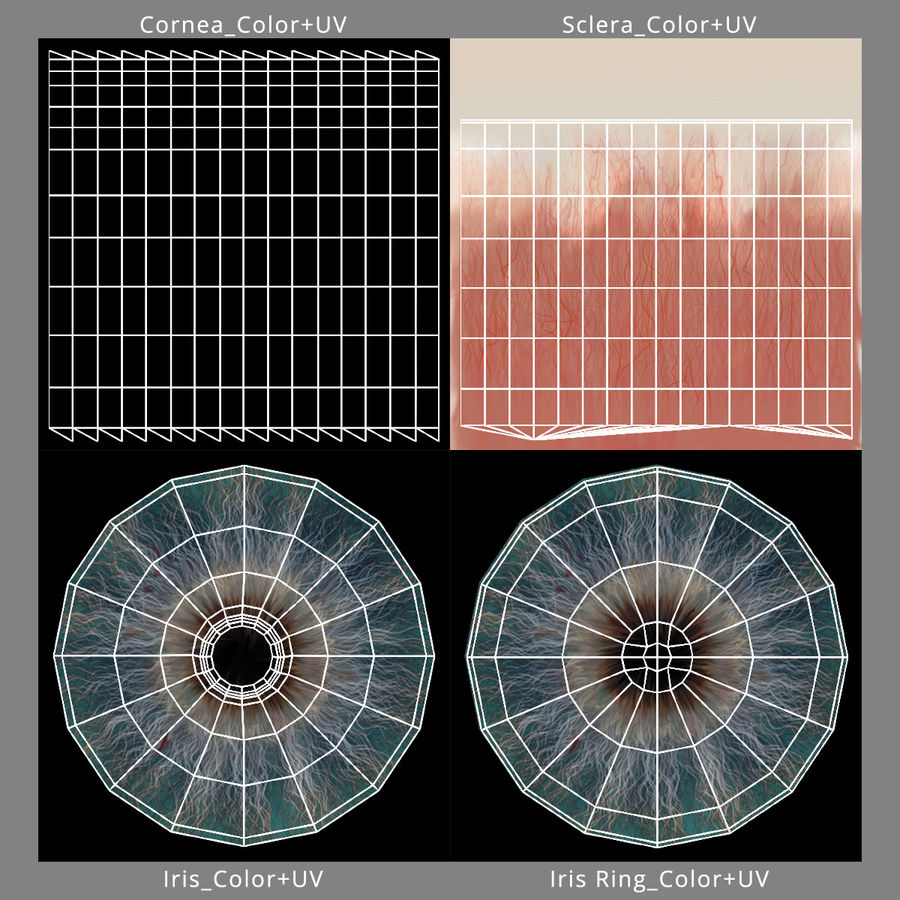 This is a 3D-model of a human eyeball. It is a representation of a real object and is highly detailed to be usable in closeups. It can be used by itself or as eyes within a character. The model is NOT anatomically correct but is designed to look realistic. The opening and closing of the iris is controlled by a slider (user data) which becomes available in the view-port as soon as one of the objects in hierarchy is selected. The model was created with CINEMA 4D Release15 Studio, but it can also be used with "Prime" and is backward compatible at least to Release12. This model contains 5 separate objects (Cornea, Sclera, Iris, Pupil, IrisRing) which were built to real-world-scale (1unit = 1cm). The model is made up of 640 Quads and 64 Triangles is suitable for subdivision is UV-mapped (non overlapping) Iris = 144 Vertices,128 Polygons (all Quads) IrisRing= 89 Vertices, 80 Polygons (all Quads) Pupil= 145 Vertices, 144 Polygons (128 Quads, 16 Tris) Sclera= 145 Vertices, 144 Polygons (128 Quads, 16 Tris) Cornea= 194 Vertices, 208 Polygons (176 Quads, 32 Tris) The following bitmaps are used and included: Sclera_Alpha.jpg Sclera_Color.jpg Sclera+Cornea_Bump.jpg IrisRing_Alpha.jpg Iris_Color.jpg All maps are 2048 x 2048 Pixels in size. The zip-file contains the ready to render scene including the stage, lights and the camera used to render the main-thumbnail as well as 5 textures. Thumbnail-images are rendered with the CINEMA 4D Release15 standard render-engine. Only the turntable images use Global-Illumination. No third-party renderer or plug-ins needed.
Sep 14, 2018 date added